With the ongoing Covid pandemic fueling consumers’ need for contactless and convenient delivery of an array of products, Amazon has had to ramp up operations like never before. 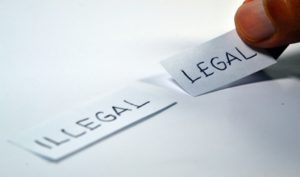 Part of that effort has been hindered by a workforce that was until now excluded from opportunities within the Amazon ecosystem as well as those fired for marijuana offenses. That’s because until recently Amazon had been excluding employees who tested positive for cannabis on pre-employment drug screening and firing those who tested positive while employed. Today, Amazon has committed an about-face and will not require drug testing for cannabis specifically.

Amazon HR leader Beth Galetti released a statement in the form of a blog post on the company’s website conceding that former employees and prospective employees that had been fired or deferred due to positive testing were now eligible for reinstatement.

Amazon change its cannabis drug testing policy for prospective hires and current employees in unregulated positions, as detailed in the below statement:

“In June 2021, we announced that Amazon would exclude marijuana from our comprehensive pre-employment drug screening program for unregulated positions (e.g., positions not regulated by the Department of Transportation). We also reinstated the employment eligibility for former employees and applicants who were previously terminated or deferred during random or pre-employment marijuana screenings.”

The company announced on its website went into further detail about the decision and the historically disproportionate impact it has had on POC, were the statement adding, “Pre-employment marijuana testing has disproportionately affected communities of color by stalling job placement and, by extension, economic growth, and we believe this inequitable treatment is unacceptable. As we shared earlier this year, we aim to become Earth’s Best Employer, and as part of that journey, we know that our local communities and future generations need us to be better every day—thus the creation of our new Leadership Principle, Success and Scale Bring Broad Responsibility. Together, these principles speak to our responsibility to effect change and are our impetus for both driving for societal change and maintaining the right internal policies to ensure a great workplace with equitable and consistent hiring practices for all candidates. That’s why we strongly believe the time has come to reform the nation’s cannabis policy, and we are committed to helping lead the effort.”

Amazon did not stop there. June signaled its own internal shake-up regarding cannabis, but now the global behemoth is setting its sights on pressuring the US government to change its stance on cannabis. The company has engaged in an active lobbying effort to reschedule cannabis and legalize it at the federal level.

This month’s statement from Amazon included their reasoning for the forward momentum on lobbying for federal cannabis reform, stating “Given our previous support for legalizing cannabis at the federal level, as well as expunging certain criminal records and investing in impacted businesses and communities, Amazon recently announced our support for, and began actively lobbying on, the Marijuana Opportunity Reinvestment and Expungement Act of 2021 (MORE Act). We are also pleased to endorse the recently introduced Cannabis Administration and Opportunity Act”

Many would assert that this effort from Amazon only comes as part of a company facing surging turnover and a serious need for new employees to meet customer demand.

Regardless of Amazon’s efforts to alter the landscape of cannabis legality in the United States, the company’s push for more employees remains among the most attractive offerings to those who have been cut loose from jobs lost during the Covid pandemic.

Amazon has set a goal of hiring 125,000 more logistics employees this year nationwide. To entice new workers, the company is offering starting pay as high as $22/hr, adding a $1000 signing bonus and a 100% tuition assistance program. The perks don’t stop there, 20 weeks of paid parental leave and health benefits from day one are also part of the employment package Amazon is offering to these new employees.

How to Safely and Healthily Enjoy Cannabis
Cannabis is being legalised in more and more places around the world, and increasing numbers of people are consuming it for both recreational and/or health purposes. Furthermore, many people have started to grow it organically at home from feminised or self-flowering seeds. With so many people using cannabis, it is worthwhile considering how to do […]
More
Get notified about
new amazing products
About
PRODUCT RANGE
QUICK ACCESS
Language