This month, Maryland House Speaker Adrienne Jones announced her support for recreational marijuana legislation. Currently, the Speaker and her colleagues in support of drug policy reform are piecing together a 10-person workgroup to survey legal cannabis industry requirements and effects on state infrastructure and markets, should the proposed legislation come into law. 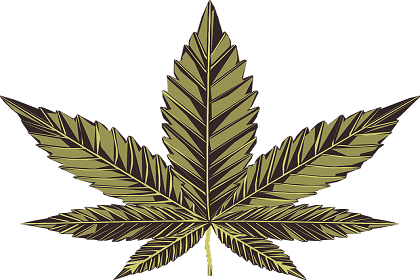 Citing her own reservations on legal cannabis, Speaker Jones remains understands the way things are going and that legalized cannabis is more than likely coming to Maryland in 2022. Her focus now is to outline the requirements and prepare the state to launch the infrastructure to support a legal cannabis industry in the state.

In a formal statement, Speaker Jones said, “While I have personal concerns about encouraging marijuana use, particularly among children and young adults, the disparate criminal justice impact leads me to believe that the voters should have a say in the future of legalization. The House will pass legislation early next year to put this question before the voters but we need to start looking at changes needed to State law now.”

Maryland has had a legalized medical marijuana law on the books since 2013. However, recreational marijuana remains illegal. The stance is in stark contrast to neighboring Washington D.C. and Virginia, where cannabis use and cultivation is legal both medically and recreationally for adults.

For the most part, Maryland voters are in support of legal recreational cannabis. Goucher College confirmed as much following a March poll showing 57 percent of voters across political parties confirmed their support.

This is not the first instance of legalized cannabis legislation raised by Maryland lawmakers. It is only recently, in the wake of so many other states ratifying legal cannabis into law, that the push has made considerable traction in the state.

Speaker Jones’ counterpart in the Maryland Senate, Senate President Bill Ferguson, has his own history with the contentious topic of legalized cannabis, having co-chaired a similar research group to explore recreational cannabis in 2019. In a statement, Senate President Ferguson assured the group “continues to be ready to move a fair, just and equitable program forward, and we intend to do so during the 2022 session.”

According to Speaker Jones, the proposed workgroup will evaluate regulatory, licensing, and oversight of the sale and possession of legalized recreational marijuana as well as the framework for licensing and equitable ownership of marijuana retail, growth, and processing facilities.

Additionally, lawmakers intend to address the inequitable treatment of minority community members disproportionately impacted by the War on Drugs. This includes removing records of previous cannabis convictions from public view, evaluate changes to criminal law concerning cannabis, and consider the release of those imprisoned on cannabis-related crimes alongside the dropping of pending charges for those currently faced with marijuana charges.

Addressing concerns over past inequalities and the establishment of newly legalized cannabis industries has been top of mind for states across the country. House Judiciary Chairman Luke Clippinger, who will head the research group, addressed those concerns in a statement, assuring those concerned that, “Cannabis use has had a disparate impact on people of color for too long with no real impact on public safety. This workgroup will establish the legal frameworks [necessary] to fully implement the legalization of marijuana and learn from the mistakes that other states have made before us. The Speaker has been clear that we will do this with an eye toward equity and consideration to Black and brown neighborhoods and businesses historically impacted by cannabis use.”

Maryland Governor Larry Hogan’s office did not respond to requests for comment from news sources, though he did signal his openness to take the next step towards full legalization in a radio interview in 2019.