Find the best cannabis
Or Browse:
Products
Brand
Strain
HomeNewsCannabisThe Use of Cannabis in Palliative Care

The Use of Cannabis in Palliative Care

Using cannabis as a way to improve the quality of life for cancer patients in hospice care is a topic of continued debate. In 2007, Israel’s Ministry of Health authorised the use of cannabis as a treatment option for cancer patients receiving palliative end-of-life care. This led to a promising study which would examine the risks and effectiveness of care in 2970 patients. The results were extremely positive. 96% of respondents reported an improvement during the 6-month follow-up, 3.5% reported no change, and only 0.3% reported actual deterioration. Furthermore, prior to starting the cannabis treatment, only 18.5% of the patients in the study rated their quality of life as having been “good”; 6 months later, however, 70% rated it as “good”. Additionally, over one third of patients had stopped using opioid-based painkillers… 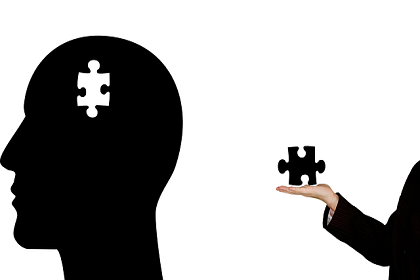 Although such observational studies show that cannabis has the potential to improve quality of life and alleviate the symptoms associated with cancer, in practice, physicians often complain that they do not feel sufficiently informed to actually prescribe cannabis as a treatment to their patients. According to a 2018 survey, 80% of the 237 U.S. oncologists interviewed discussed cannabis with their patients, but only around 30% believed themselves to have sufficient information on it.

A survey undertaken in 2018 found that some 67% of oncologists thought cannabis was a useful adjunct to treat pain and 65% thought cannabis was “similarly effective or more effective” in preventing rapid weight loss than the standard treatment for advanced cancer patients. Despite all of this, however, only around 45% actually prescribed prescription medical cannabis to their patients.

These discrepancies indicate that even in countries where cannabis is legally available in palliative care, many physicians still prefer prescribing more standard treatments. According to Canadian GP Dr. Claude Cyr, author of “Cannabis in Palliative Care: Current Challenges and Practical Recommendations” cannabis does an excellent job in this area. He states that if cannabis is to be introduced into medicine, palliative care could be a very good way to start to do it. In these cases, the doctor has more time for each patient and the patient has more time to deal with the treatment. He goes on to outline that in finding cannabis moderately effective in treating symptoms, such as: pain, nausea, insomnia and anxiety, it can be an excellent adjunct to other treatments. Dr. Cyr is also critical of colleagues who tend to rely solely on clinical evidence while ignoring the positive experiences of their patients. As he points out, palliative care is a special case, in which doctors should listen more closely to their patients, and if they are saying that they enjoy using cannabis, experience a lot of benefits, sleep better, eat better etc. then it can only be a positive, and a good reason for prescribing it. He also points out that enough information has come to light, to date, to be able to convince doctors that cannabis is a safe, effective and predictable option for use in palliative care.

Studies undertaken by the likes of Dr. Cyr also urge physicians to accept the positive psychotropic nature of cannabis, and its potential to help process the existential anxiety that often plagues patients at the end of their lives. In looking at studies with psychedelic drugs, it can be seen that dramatic effects can be achieved in alleviating such serious symptoms as depression and anxiety in cancer patients. Although cannabis is not a true psychedelic, patients often report similarities. The psycholytic effects are seen even at lower doses. THC has the ability to reduce activity in the core network, the part of the brain that is involved in cognitive processing, and where the ego, or self-esteem, “resides”, which is why it can bring a sense of peace to dying patients. Over the past fifty years, a number of activist groups have campaigned for the right to be treated with cannabis to maintain their health and treat their symptoms.

This right must be extended to those suffering from life-threatening illnesses who want to live a quality life and, when this is no longer possible, to leave with dignity in conditions of their own choosing. Cannabis is also used to relieve many other ailments, such as anorexia, nausea, vomiting, depression. In anorexia / cachexia associated with cancer, 65% of oncologists actually considered it more effective and only 8% less effective than current established therapies ( 27.6% could not decide ).

In 2018, the European Journal of Internal Medicine published that nearly 3,000 Israeli cancer patients, with an average age of almost 60 years old, had found that cannabis relieved sleep disturbances in 70% of patients, reduced fatigue and nausea / vomiting in more than 50%, and reduced anxiety in 75%. In addition, when taken alongside cannabis, patients’ opioid doses could be reduced by one-third.

Of the 2,960 patients, 1,742 survived the sixth months from the start of the study, and according to Dr. Victor Novack of Soroka University’s Medical Center, Beersheba, Israel, cannabis treatment was “successful” in at least 60% of patients. (Israel has decades of experience using medical cannabis.)

Cannabis can potentiate the effects of opiates, reducing opiate need. In U.S. states where marijuana is partially or completely legal, opiate use is declining. Whilst the relationship is not necessarily causal, with many other factors possibly playing a role in it, it is nonetheless a significant connection, and with the current opioid crisis still a huge public health risk, the link is absolutely worth exploring in more depth.