Find the best cannabis
Or Browse:
Products
Brand
Strain
HomeNewsHow to chooseHow to Consume and Enjoy Cannabis Safely and Healthily

How to Consume and Enjoy Cannabis Safely and Healthily

Cannabis is being legalised in an increasing number of countries worldwide, and more and more people are consuming it for both recreational and health reasons. A lot of what is consumed is often home-grown by the consumer themselves from feminized or self-flowering seeds, and so can be produced without the need for harsh chemicals and pesticides. With so many people now interested in cannabis for a variety of reasons, it is ever more worthwhile to explore some of the healthiest ways one can consume it, and reap the greatest possible benefits. Read on to find out more. 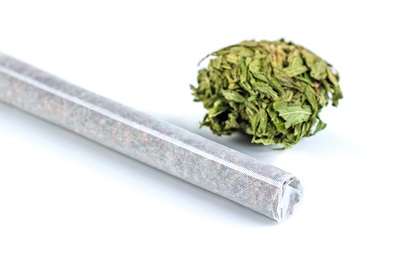 The Benefits of Vaping Cannabis

More often than not, cannabis is consumed in company: it is most commonly rolled into a cigarette and shared amongst friends. As western society becomes ever more health-conscious, people are continuously looking for ways to consume cannabis without the need for traditional smoking, and the harmful effects that paper-burning-based smoking has. One of the most commonly used modern methods – the popularity of which has exploded over the last few years – is vaping. What using a vaporiser does, is slowly produce steam which is released at around 180ºC to 200ºC (175ºF to 390ºF) and it is that steam that gently toasts the weed. The resulting delectably light vapours are what is inhaled, and what contains the THC, terpenes and other key cannabinoids. For many, a vaporiser is the cleanest way to consume cannabis because it is smoke-free and does not require you to burn either paper or tobacco. No combustion, no smoke, no carbon monoxide, tar or other combustion by-products.

As an aside, vaping cannabis on the street is also far more discreet than smoking a joint. Additionally, vape smoking cannabis actually makes the product go much further, it lasts two or even three times as long as the same amount would when smoking a traditional joint.

Eating Rather Than Smoking

For some, any form of inhalation process is undesirable, and thus eating cannabis containing foods can be a delicious way to enjoy its consumption, as well as its preparation. The most common so-called edibles are things like space cakes, hash brownies etc. In a medical context, they are often referred to as “medibles”. In the case of edible cannabis, the mood-enhancing effect is vastly slower and can sometimes take up to an hour or two to be felt, as it first has to be digested in the stomach, then absorbed into the bloodstream via the liver. As a result, the biggest danger of edible cannabis is the consumption of too many products too quickly. It often happens that one feels the first dose or portion has had no effect, so after half an hour people will eat some more, and then another half an hour more still. Overdose can easily happen in such instances. It is, therefore, crucial to be initially careful and err on side of caution at the outset, especially when a person is new to edible cannabis and is still unfamiliar with what the right or best dose is for them.

Though edibles can take hours to take full effect, there are many who actually prefer this slow-to-take-effect feeling. There are innumerable recipes available online, and countless books and other resources on how to make delicious edible products to satisfy both the sweet and savoury tooth.

There are those who want to consume large quantities of cannabis for its health-giving benefits, and so do not want any mood-altering or psychoactive effects. The best at-home option for them is to use a food processor to blend their fresh unheated cannabis; as it is heat that turns cannabis’ THC acid psychoactive, no heat equals no mood-altering or “high” inducing side effects. A particularly popular way to get large quantities, quickly, is to make smoothies out of several grams of weed as a base, and blending in vegetables and fruits to taste.

The use of cannabis oils, creams or lotions is highly popular. One way to make one’s own custom-strength preparations at home is using the woefully little-known Pechoti method. This method is based on combining cannabis oil with a carrier oil (such as hemp oil) at the desired ratio, and allowing it to soak into the skin through the navel. If one cannot use cannabis in any other form, such as through ingestion or smoking/vaping etc., then this navel-absorption method is an excellent alternative, especially for medical use.

Many people like to make cannabis concentrate, which can then be used as oral drops. Extracting alcohol from cannabis leaves or buds is also very popular. The tincture is used by dropping some of it into the mouth: placing it under the tongue is especially effective. If one wants a tincture with psychoactive effects, then the preparation process should include a step where heat is used, as that is what converts the THC acid and activates its psychoactive properties.

When making any homemade preparation for personal use, it is essential to make sure that any type of product made – be it a topical such as a cream, an edible product or tincture or anything used for smoking or vaping – that one is selective in the types of cannabis one buys, and ensures it is 100% free of any unwanted chemicals, toxins or contaminants. When black-market growers cut corners to maximise profit by either bulking out/cutting product with unknown nasties, or if they are growing cannabis themselves, then using questionable chemicals or cheap dangerous pesticides (the ones that are not made for food-grade consumable plants). As a result, there are always endless complaints about the safety of a lot of cannabis-containing products from un-reputable vendors or from so-called producers on the street, even in areas where cannabis is otherwise entirely legal. Regulation is difficult to enforce. This is exactly why so many people choose home cultivation regardless of whether cannabis can be legally purchased in their locale or not.

By growing one’s own cannabis, the options are entirely customisable, so the exact genetic composition, desired levels of THC and (as or if needed) CBD can be chosen at seed. Additionally, the freedom to harvest at a time that suits one’s own convenience and needs, plus being able to customise the curing and drying process, can make it a veritable win-win.