Atomic Goat is a sativa-dominant hybrid cannabis strain that is a cross between Chernobyl and Golden Goat. It is known for its energetic high that gives way to relaxation, and its THC level has been measured at between 14% and 21%.

The strain has buds that are very dense and with a classical indica structure. They are bright green and covered in brown pistils. There are also many amber-colored trichomes, making the leaves look very vibrant. Atomic Goat has a light herbal scent and when ground, it releases an aroma of pepper. Upon smoking, Atomic Goat burns smoothly and there are hints of nuts and spice on the exhale.

The high from Atomic Goat begins quickly with slight pressure around the temples. At the same time, smokers will start to find the mundane interesting and their thought processes will change. For this reason, some find it a good strain to accompany detail-oriented tasks. Many also find it to be an effective social lubricant. However, after about an hour, the initial energy begins to wear off and users will find themselves deeply relaxed and happy to just sit down. It doesn’t usually result in couchlock, but it will leave you feeling distinctly lazy. As such, it is a strain best used later in the day.

Medicinal users may also want to try Atomic Goat. For instance, it could help with attention deficit disorders and it can help alleviate mild stress and depression. The strain’s sedative properties can help relieve aches and pains, as well as nausea. However, it is not recommended for those who are prone to panic or paranoia.

Atomic Goat seeds cannot be purchased online, so growers will have to find clippings of mature plants. It can be grown indoors and outdoors, but it may require occasional pruning to remove light-blocking leaves. 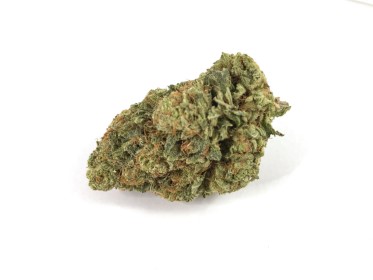