Named after the blues legend, BB King is an indica-dominant cannabis strain from MTG Seeds that is known to be simultaneously creative and relaxing. It is the product of two flavoursome strains, Blackberry Kush and Space Monster, and is quickly become a hugely popular strain.

BB King is not a particularly potent cannabis strain with a THC level of between 14% and 16%. As such, it should not be overwhelming, even for newcomers. The nugs are packed with blueberry and blackberry flavours together with a sweet, chemical taste that tends to lingers. The flowers are large and minty green, covered in bright orange hairs and white trichomes.

The indica effects can be felt very soon after the first hit with the onset of tingles. The high come on gradually, starting at the top of the head and making its way down, relaxing the body almost to the point of sleep. Together with the relaxation is a true sense of euphoria and most smokers also reports a strong case of the munchies, so it is a good idea to have snacks on hand.

As it is both relaxing and stimulating, BB King may have many medical benefits. It has been recommended for those suffering from appetite loss, nausea, and digestion. It may also help relieve eye pressure, chronic pain and insomnia.

Probably best used in the evening, or on days when you have nothing to do, after trying BB King, you are sure to return to it time and time again. 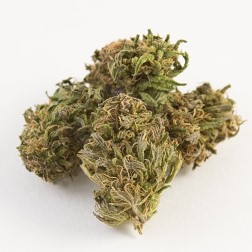 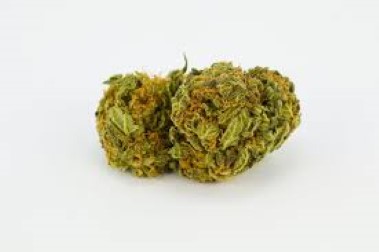