Over the past two and a half decades, attitudes toward cannabis or marijuana – with its potentially significant medicinal and therapeutic properties – have evolved enormously. Recreational use of it in Canada has increased exponentially, and its ever-expanding legalisation at the state level in the USA, both for use as a medical and recreational drug, has been significant. 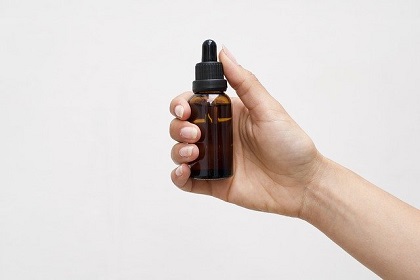 Medical marijuana comes with a high CBD (cannabidiol) content. Often, it does not contain any psychoactive substances, and so it can be used to make therapeutic agents. It contains about sixty types of cannabinoids, a compound that acts on cannabinoid receptors in the brain. Those who smoke weed just for pleasure experience the mind-altering effects of THC (tetrahydrocannabinol – the chemical responsible for cannabis’ psychological effects). CBD, however, is not a psychoactive compound; thus, it can deliver medical benefits but without any mind-altering effects. It has been reported to be an anxiolytic, antispasmodic, to reduce feelings of nausea, improve sleep quality, and even potentially inhibit the proliferation of cancer cells. And, as recent research shows, it makes diseases like childhood epilepsy treatable, especially rare forms that cannot be treated with other drugs, such as Dravet’s or Lennox-Gastaud syndrome. This understanding of CBD could signal a big step forward in drug research, because marijuana with high CBD and reduced THC cannot be abused, and that could allay legal and ethical concerns from using it in medical research.

It is true that at present the exact mechanism of action of CBD has still not been elucidated, although Nobel Prize-winning biochemist Julius Axelrod recognized (as early as in the 1990s) that CBD is an effective antioxidant when tested in damaged cells. It has since been hypothesized that CBD may have other physiological effects too and has been tested with some promising results in areas such as diabetes and certain autoimmune diseases. Anti-inflammatory effects have also been shown, and some research goes as far as suggesting that it may have the potential for use in treating conditions such as schizophrenia, anxiety, and even cardiovascular disorders. Animal studies have also shown that it can inhibit the growth of certain tumours. A study undertaken in Israel demonstrated that it reduced the frequency of rejection in bone marrow transplantation.

Despite the USA’s strict pharmaceutical and federal regulations, there is a huge market for legally available medical marijuana there. At the time of writing, it is available in at least twenty states, but as sales are regulated differently from state to state, so falling under the jurisdiction of state rather than federal law, problems can arise. However, because it is currently fairly easy to obtain a cultivation and growing permit, an increasing number of people are doing just that.

As there are so many distributors, many of them actually have no real idea what they are selling, and this can be a serious problem. If the customer or patient chooses a certain type of grass, they cannot be sure that they will get the same one next time. Additionally, it’s not always easy to get a type of grass with a higher CBD content. There may be more of one compound in one plant or less of it in another.

In terms of how medical marijuana is consumed, technically it doesn’t appear to matter. However, when it is smoked, for instance, it also potentially delivers a number of harmful substances into our bodies. And, if marijuana does not burn at a high enough temperature during smoking, then only harmful combustion products carcinogens are released anyway, not the active ingredients, CBD and THC. Thus, the effectiveness of inhalation lags behind other methods, as well as resulting in significantly more side effects.

In growing marijuana, it appears that it is very sensitive to topsoil. If the soil contains heavy metals such as cadmium or mercury, the plant absorbs it during growth, so contaminants can also leech into the product. Pharmaceutical manufacturers breed their own formulations under strict conditions, but sterile topsoil cannot be guaranteed for grass varieties available from the average distributor.

Synthetic cannabinoids (usually a mixture of half a dozen artificially produced compounds) act on certain cannabinoid receptors, but they can be hundreds if not thousands of times more potent than THC, so consuming them can have serious side effects if consumption is not highly controlled and managed.

In the United States, 5 to 6 of the most common components of synthetic weed are banned, but there are at least thirty of them on the black market. The manufacturers mix the active ingredient with organic solvents, making it impossible to identify what they were, which can be enormously dangerous. According to a study by the Centre for Disease Control and Prevention (CDC), young teenagers who have tried synthetic grass once or twice may suffer severe kidney damage after only a few uses. And more and more studies are writing that these drugs can also cause strong and rapidly developing addiction as well as serious cardiovascular problems.

Some people have cited the issue of differing results in studies as evidence of medical marijuana having less of a beneficial effect than it actually does. However, scientists at the forefront of the research state that epidemiological studies don’t usually take into account what and how many active ingredients are in each different type of marijuana. Therefore, the results of these studies are often completely contradictory. One may demonstrate that that grass was beneficial against diabetes, whilst another test showed the exact opposite result. Different types of marijuana are