This week a Drug Enforcement Administration (DEA) petition to reevaluate the scheduling of marijuana from a schedule 1 substance, as part of the Controlled Substances Act (CSA), was denied by the U.S Court of Appeals for the Ninth Circuit. The petition was submitted last year by Scottsdale Research Institute cannabis researcher Sue Sisley, the Battlefield Foundation, and military veterans Lorenzo Sullivan and Gary Hess. 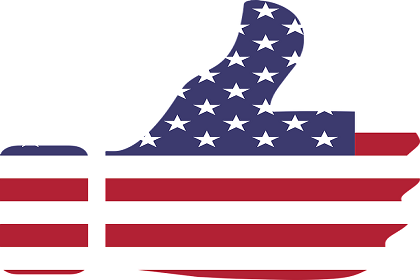 The group’s petition is based on 2020, 2016, and 1992 DEA scheduling decisions in which the organization asserted that cannabis has no currently accepted medical value and has not been proven to be safe.

The petition stressed the DEA’s determination that a “lack of accepted safety for use of marijuana under medical supervision” is misguided, as it “misconstrues the statute and is arbitrary, capricious, and contrary to law because the agency has improperly imported a clinical efficacy requirement.”

Despite the petition’s denial, one participating judge conceded that the reevaluation of cannabis would likely be required anyway in light of the building research affirming cannabis’ medical value.

Sisley serves as president of the Scottsdale Research Institute (SRI) and is a DEA-licensed researcher. Her work focuses on potential cannabis therapies for veterans. Throughout her career, Sisley has endeavored to earn federal authorization to manufacture cannabis in the hopes that her facility can create high-quality research material for SRI’s studies.

Sisley has actively pursued federal authorization to manufacture marijuana in hopes that her facility can produce higher quality cannabis than is currently available for research purposes. Preliminary approval from the DEA granting Sisley and SRI recognition as federally authorized cultivators of cannabis for research was granted in May.

Sisley and the petition’s other signatories claim the DEA’s hasty dismissal of previous rescheduling petitions was unconstitutional and also prohibited essential research into the drug’s medical potential.

From this perspective, the DEA’s determination created a catch-22 for researchers, who claim they cannot complete the necessary research to satisfy the DEA’s requirements for rescheduling due to the hindrance placed on cannabis research by the DEA.

While the court would prefer the petitioners exhaust administrative means of settling the issue with the DEA, the organization itself has been embroiled in underhanded attempts to thwart cannabis research proponents, like the SRI.

SRI previously met the DEA in court over suspicious delays in responding to SRI’s application processing. The research group forced the Justice Department to provide updates on the status of their application and allegedly found the DEA had circulated a “secret” memo used to validate a delay in processing those applications.

While the two groups continue to butt heads over the medical value of cannabis, federal marijuana scheduling, and how to proceed following the panel’s decision, attorneys for the petitioners believe several options are available.

One suggestion includes a petition for the panel of judges to rehear their case or escalate the appeal to the U.S. Supreme Court.