US States That Could Soon Legalize Cannabis

It was assumed that 13 states would proceed to regulated cannabis and the adult use rules in 2021. However, only New York, New Jersey, Virginia, Connecticut and New Mexico went through with these plans. The other 8 states were not able to finalize the regulations for 2021, but what do they hold in store for 2022? 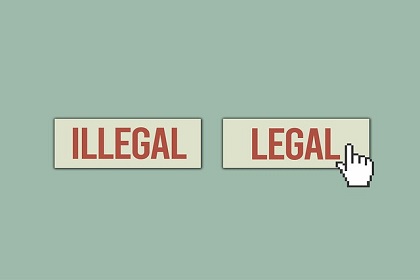 At the start of 2021, the state was confident that legislation for legalized marijuana would pass. However, the bill lost its pace and ultimately fell apart. Furthermore, lawmakers in Maryland do appear to be confident that approval will be given in 2022.

The summer saw Adrienne Jones, Speaker of the House of Delegates, promise change. She made a pledge to bring the issue to voters in a 2022 referendum. In fact, Jones, who is also the leader of the body’s Democratic majority, put together a ‘work group’ that was tasked with drawing up certain regulations for the industry, despite it not having yet been approved.

Things are looking bright for Maryland, as the majority of residents are supportive of a regulated adult industry. Goucher College conducted a survey in March which found that more than two-thirds of Marylanders support full legalization. Within the survey, more than half of the voters were Republicans. This means the chance of legalization looks to be quite high.

Another state that appears to be confident of having a regulated cannabis market in the coming year is Missouri. As things stand, there are two groups pushing for a referendum. One of those is Legal Missouri 2022, that wants to host a ballot referendum for voters.

In early October, Legal Missouri 2022 was given approval by the Secretary of State for their constitutional amendment. They will proceed to start collecting signatures, with an eye to reach the 171,000 target they have set.

According to John Payne, who is the campaign manager for Legal Missouri 2022, the movement would have an 80-90% chance of success this year. This has to be backed up by strong fundraising and a fitting coalition.

If Legal Missouri 2022 were to be successful, the state would allow homeowners to grow their own strains. Many other measures would also immediately become regulated.

The state of Oklahoma appears to be headed towards having full legalization of cannabis sales for adult use in 2022. This would see an expansion on cannabis sales in the state from the upcoming year.

In 2018, Oklahoma took legalized cannabis for medical purposes. Over the past 3 years, nearly 10% of the state’s population has obtained a prescription to use cannabis upon medical recommendation.

Should the state end up legalizing recreational cannabis in 2022, the regulations would allow the average person to store up to 8 ounces of cannabis. Moreover, anyone over the age of 21 will be allowed to own up to 12 plants, even without a medical prescription. If the bill goes through, the state will host a wide-open industry.

The Buckeye State of Ohio is the largest state looking to legalize marijuana in the short term, but the path is not an easy one. According to Douglas Berman, a professor of law at Ohio State University, the ballot is likely to be opened by November 2022.

In August, the Coalition to Regulate Marijuana Like Alcohol – a group running in Ohio – began picking up signatures at a rapid pace in a bid to reach 130,000 signatures. Should the movement reach that amount of support, they will be able to stand before lawmakers for an up or down vote.

If the lawmakers choose to vote down – or if the measure is ignored for four months – then it could be presented to voters at the 2022 election. However, it would require a second round of signatures in order to pass.

In 2015, Ohio voters were opposed to a bill that would have legalized cannabis in the state. Nevertheless, Berman still believes that the petition next year still has a good chance of success. Should the state eventually legalize cannabis, the population would be able to store 2.5 ounces of cannabis and up to 6 plants per person. Many former cannabis rules would also change.

Arkansas was another state, like Missouri, that had growing momentum for the legalization of marijuana hindered by the coronavirus. One of the advocates for the legislation is Arkansas True Grass, a movement that would require around 89,000 signatures to make a move for legalizing the adult use market come November 2022.

In 2016, a medical program was approved in Arkansas to provide patients with cannabis treatment. However, the regulation is still in need of amendment, as prices are sky high with the average cost of a gram $20.

Should the advocates succeed in making a reform, the state would permit selling cannabis to any adult over the age of 21. It would also allow a single person to cultivate up to 12 plants, whilst also modifying a few rules regarding cannabis offenses.

Pennsylvania could follow New Jersey and New York in 2022 by introducing an adult use cannabis market. Over the past year, two bills were introduced, in February and in September. The bills were pushed for setting up home cultivation and a retail industry for the state. Both bills have bipartisan sponsorship.

It should not come as a surprise if Pennsylvania does push towards cannabis legalization in 2022. Governor Tom Wolf was in favour of the movement and wanted a regulated market at the end of 2021. He was supported by the Attorney General and Lieutenant Governor in this bid as well.

The movement for a regulated cannabis market is supported from the top, with the majority of the house claiming that there was “no significant support” for the movement from Republicans. But it remains to be seen what will happen next year.

Although Florida had two ballots falter this summer, 2022 could still see Florida pass a ballot for a regulated cannabis market. The group leading the movement for the upcoming year is called Sensible Florida, who are confident they will be able to get their pass from a legal side.

The two previous ballots faltered because of the language used, according to the Supreme Court of Florida. In specific, the ballots did not specify how regulations would affect the state. Thanks to Sensible Florida, the language used is now more precise. The ballot states that cultivation and possession of cannabis for adult would be legal, but the state would not need to establish a retail system.

The only downside for the citizens is that laws in Florida have become a little stricter ever since April, when lawmakers made new regulations for ballot initiative campaigns. It remains to be seen what 2022 holds in store for Florida.

Whilst it remains unlikely that all eight of these states could proceed to legalize cannabis in the upcoming year, it is also not completely out of the question. The mid-term elections are coming up in November 2022 which could see some states crumble to the pressure of regulating a legalized adult cannabis market. This desire has been growing in the US over the past few years, particularly in states such as Pennsylvania, whose neighbouring territories already have regulated cannabis markets.